If you see Emil Meade in Southern Norway, you’re probably looking up at him. Climbing is Emil’s passion and you can often find him scaling our area’s famous rock faces or frozen waterfalls. When we asked Emil, who lives in Copenhagen, what he loves the most about Southern Norway, his response was unique: “The geographic formation: the rock, the ice, the opportunities and the time people have spent establishing these areas.”

Visit Sørlandet: When was the last time you visited Southern Norway and what is your best memory from that trip?

Emil: Last time was in April. I went rock climbing there with a friend of mine. We went to Setesdal and climbed long, long granite rock faces there and it was amazing.

Visit Sørlandet: When you go climbing in Norway where do you typically go?

In the winter, when I’ve gone the most, I go to Rjukan. I go ice climbing there. It’s one of the few places in Europe that offers these amazing frozen waterfalls. The town of Rjukan, isn’t very big. There’s a few companies there that do guided tours. There’s tons of climbing to be done. The conditions are very good because it’s in a valley so it doesn’t get a whole lot of sun, which keeps the ice really good. You don’t normally run into bad conditions because the weather is so stable in the valley.

Visit Sørlandet: Do you know of places to go for beginning rock climbers?

Emil: Absolutely. Setesdal in the summer is perfect. It really helps if it’s dry. There’s routes there of all difficulty and exposure. Some are only 30 metres some are 800 metres. I know there’s few guide companies in the area that do both smaller and longer day trips.

Emil: A perfect day would have good sun and warm weather and if I want to go rock climbing, no wind and just beautiful, warm granite. Have good friends around and have a beer in the evening when I get back after a long day of climbing. You can’t go wrong with that. 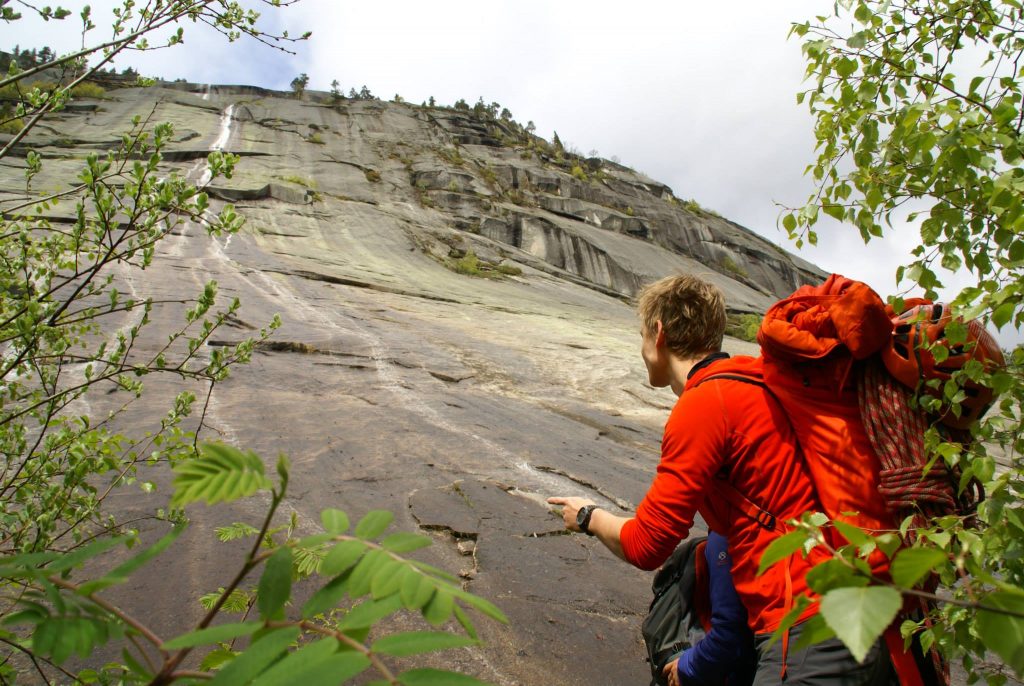 Visit Sørlandet: When you go climbing in the winter what would you recommend someone pack?

Emil: We bring a small lunch, some chocolate and a little bit of water and good warm jackets. I pack for enjoying the view because we remain static for maybe a half an hour. Of course, my climbing gear and a small first aid kit. Then, a map of the area and a fully charged phone. That sums up the basic of my pack. I’m going to have to be climbing with this a lot of the times so I don’t want anything too heavy.

Visit Sørlandet: Besides climbing, what do you like to do in Southern Norway?

Emil: I have a few friends who study up there. I’ve gone hiking. I’m pretty keen on just climbing. Some of these routes are not close to the road so we’ve done long approaches, which is like a hiking trip with more gear. It’s been quite an adventure in itself. I really want to get into more of the kayaking in Norway. It’s supposed to be amazing. That’s on my list of things that what would draw me back to Southern Norway.

Visit Sørlandet: What makes Southern Norway unique compared to other places you have visited?

Emil: I’ve climbed in Canada, Italy and Switzerland. It’s {Norway} not as commercialized. You don’t see as many people on the routes and in the area. The waterfalls are so close. In Canada, the approach to a waterfall is two hours away or in some cases five hours away. In Norway, I think the longest I’ve gone to a route is thirty minutes. Most of them are roadside. I can check out the conditions of the waterfall from my car. You have 500 or 600 routes within walking distance of the road.

Setesdal has these long slappy rock faces. They’re 600 or 700 hundred meters long. That’s an area that hasn’t been fully explored yet. There’s still so much potential for new routes and for people to go out and put new routes on the rock. It has more of an adventurous feel to it sometimes. There’s not people at every anchor going up the rock face. You get there in the morning and you’re not standing in line to get on the rock. You have most of it by yourself. It’s amazing.

Visit Sørlandet: What makes Southern Norway an ideal spot for a visitor from Denmark?

Emil: This is an easy question. Southern Norway has everything that Denmark doesn’t- raging rivers, long, long highlands of mountains and open grass areas. We have no rocks in Denmark at all. It’s hard being a climber in a country that doesn’t have any rock. The highest point in Denmark is about 400 metres high. Norway has routes that are higher than that. You have these magnificent rock formations that you don’t see anywhere else. It has excellent fishing and endless hiking opportunities. I work at an outdoor store in Copenhagen and I have lots of customers who are going camping or hiking for weeks in Norway. Everyone in Norway has a certain connection to the outdoors. Not a lot of people in Denmark have that.

Visit Sørlandet: What do you think surprises a visitor to Southern Norway the most?

Emil: What takes a lot of people by surprise is the remoteness. Even though Norway is close to Denmark and Sweden, it is quite thinly populated. If you go hiking in Switzerland and do the recommended tourist-trail from the tourism office you see lots of people on it. If you do it in Norway, normally you don’t see a lot of other people there. In Norway, you hear there’s a premier, classic spot that you have to see in the area you’re in. You go there and there might be two other people there. You don’t get the feeling of being a tourist, but more of a visitor.

Visit Sørlandet: When are you visiting again?

Emil: Sometime in January. The ice season should be good when I return. I’m not sure about the routes yet but there should be plenty to pick from. There’s so much climbing to be done. 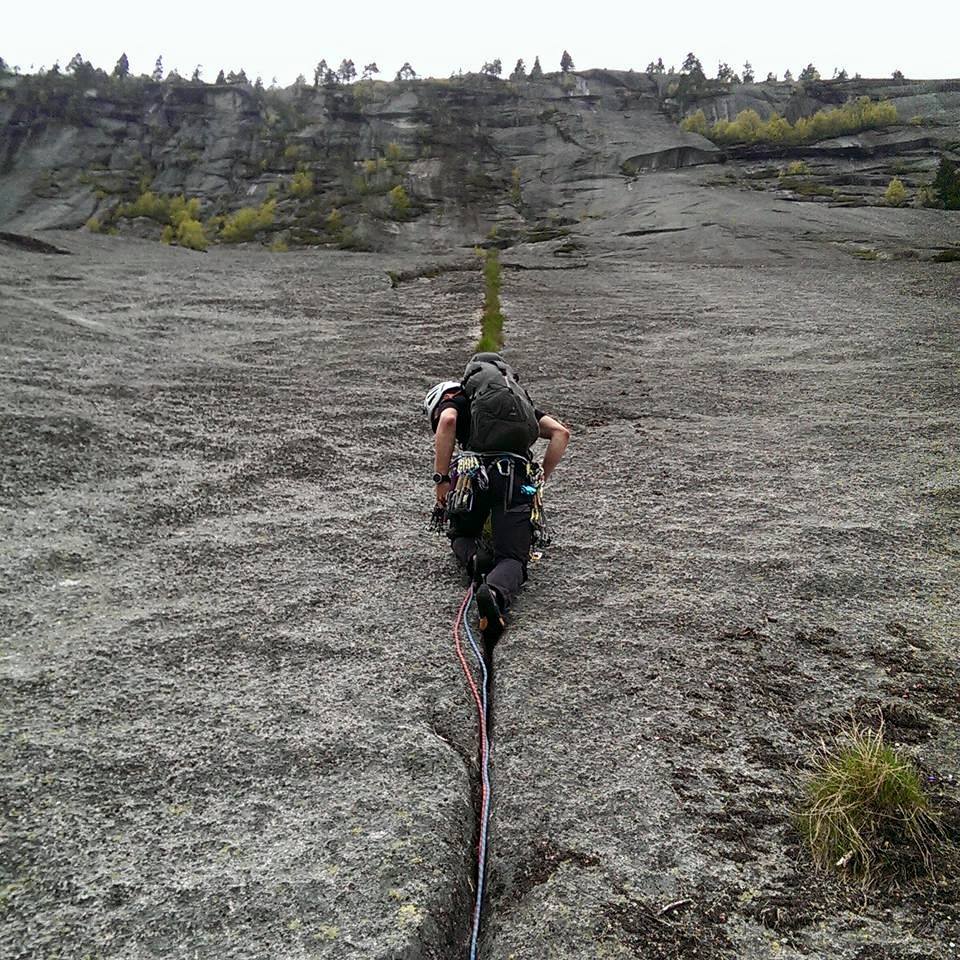