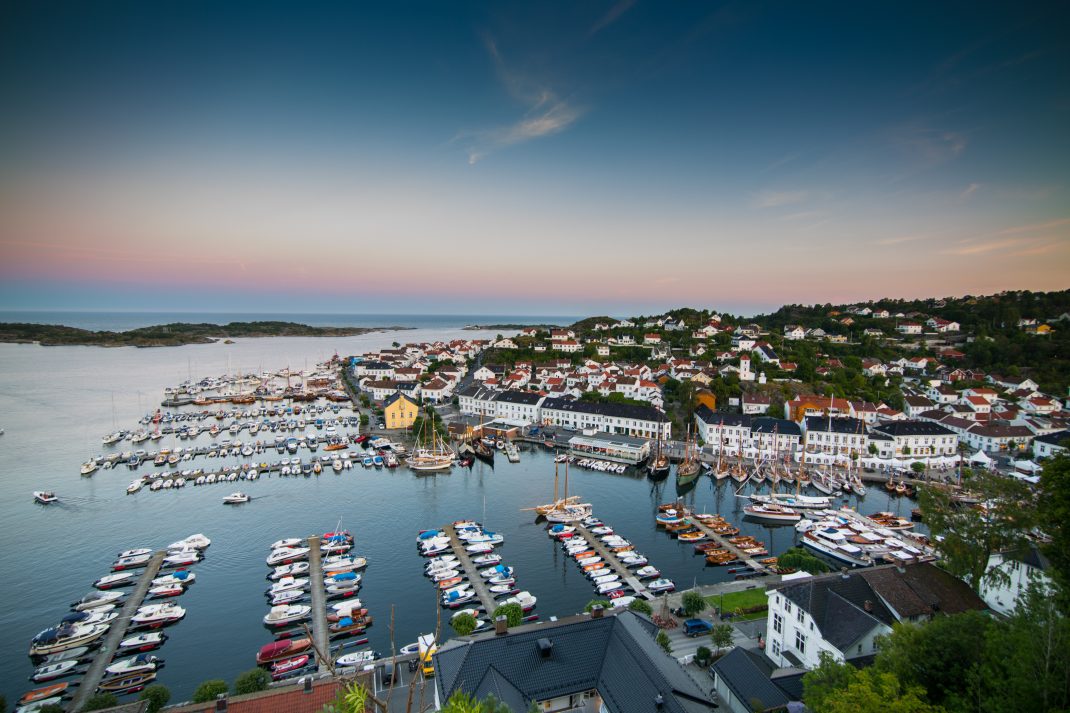 Norwegians love their festivals. Ever since my first visit to Norway in 2002, people have always talked about the fun festivals they go to. Music festivals, rock festivals, cultural festivals, pirate festivals and even American festivals. These are my favourite ones which are only a small portion of the festivals on in southern Norway.

Palmesus is officially Scandinavia’s biggest beach party festival. There are thousands of people every year that visit from all over the world seeing the planet’s best DJs and musical artists. It takes place in Kristiansand at the start of July every year and is always sold out within 2 weeks after going on sale. Web: Palmesus 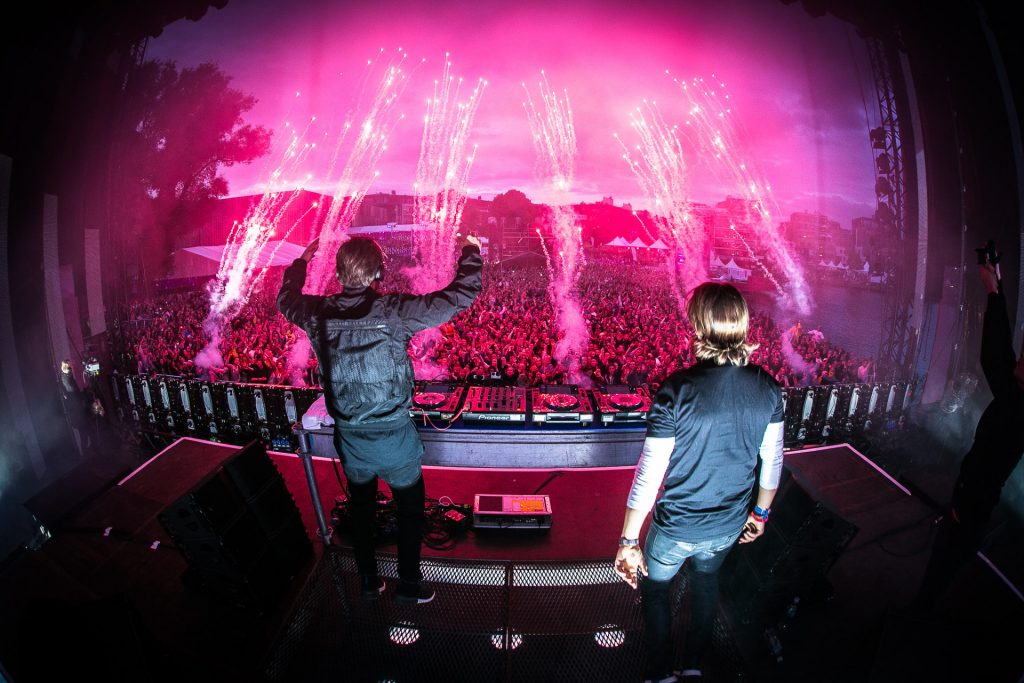 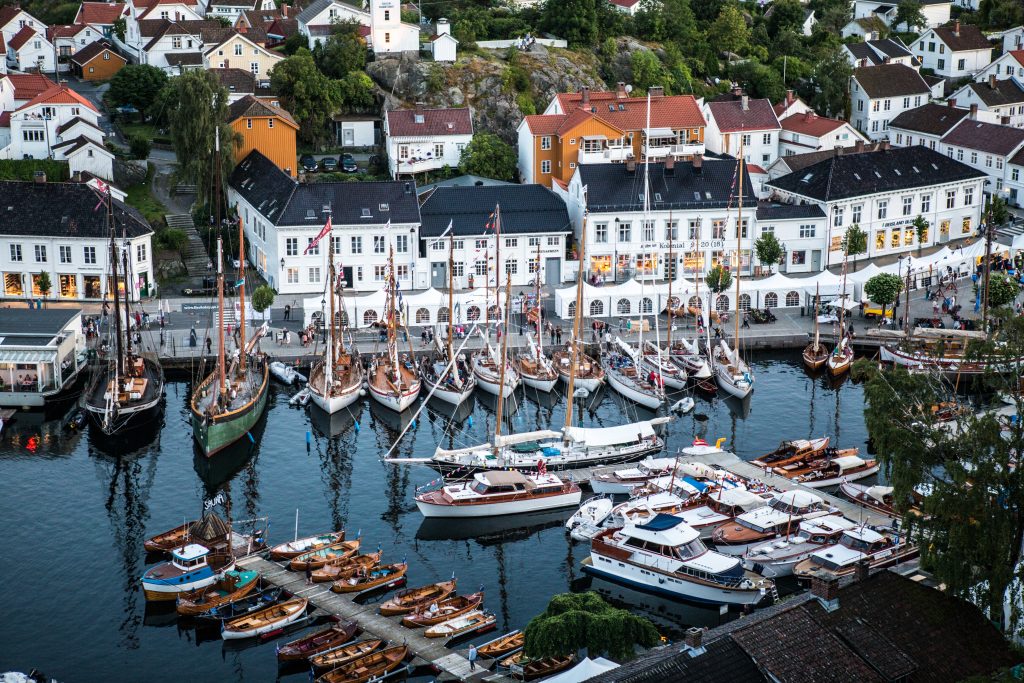 Boats lined up during the Trebåtfestival in Risør Southern Norway

3: The pirate festival in Farsund

Kaperdagene (the pirate days) are different events that take place in Farsund over a few days. The biggest of which is the Pirate show called “Kapernatt”. The local area was home to local pirates that attacked the British ships that sailed into their waters. Kapernatt celebrates this history with a show with live canons, soldies and sailers shooting old muskats and sword fights. It is a great event for the whole family. Web: Pirate town Facebook: Kaperspillet 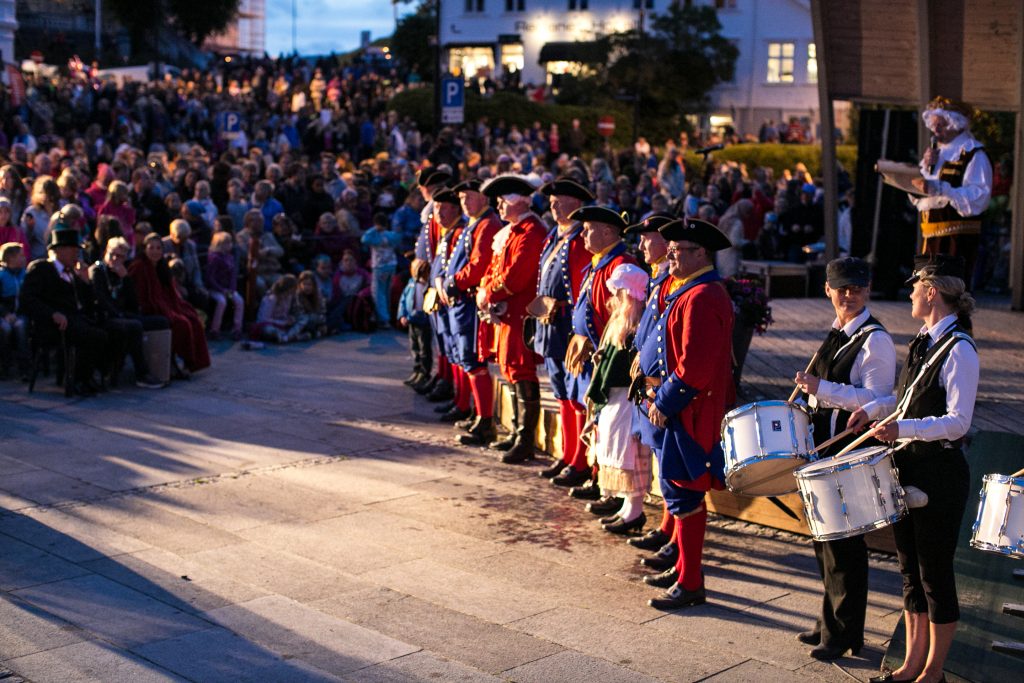 I have taken my kids to this event and they absolutely loved it. There are all sorts of farming animals there and some you might not expect to see. There is a tivoli with rides, loads of little stalls where you can buy things and games and activities for the young ones. This takes place in Lyngdal in September each year. Web: Dyrskue 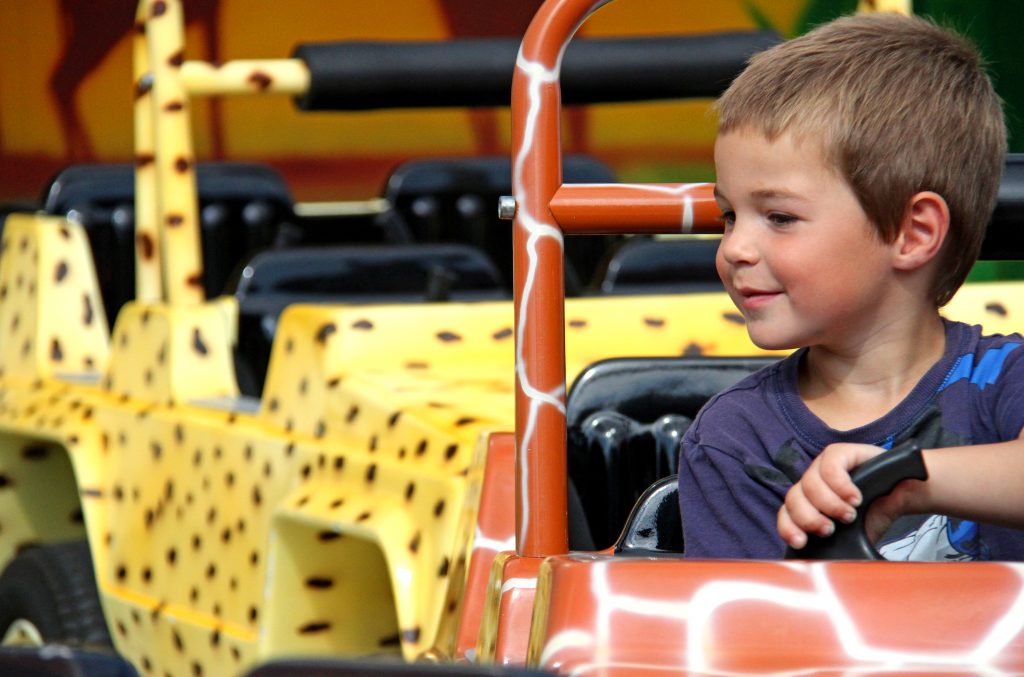 This is a festival for those you like rock and roll and heavy metal music. It takes place in Kvinesdal and has seen bands such as: Motorhead, Megadeath, Manowar, WASP, Alice Cooper and Volbeat (to name a few). The festival usually takes place in July. Web: Norway Rock 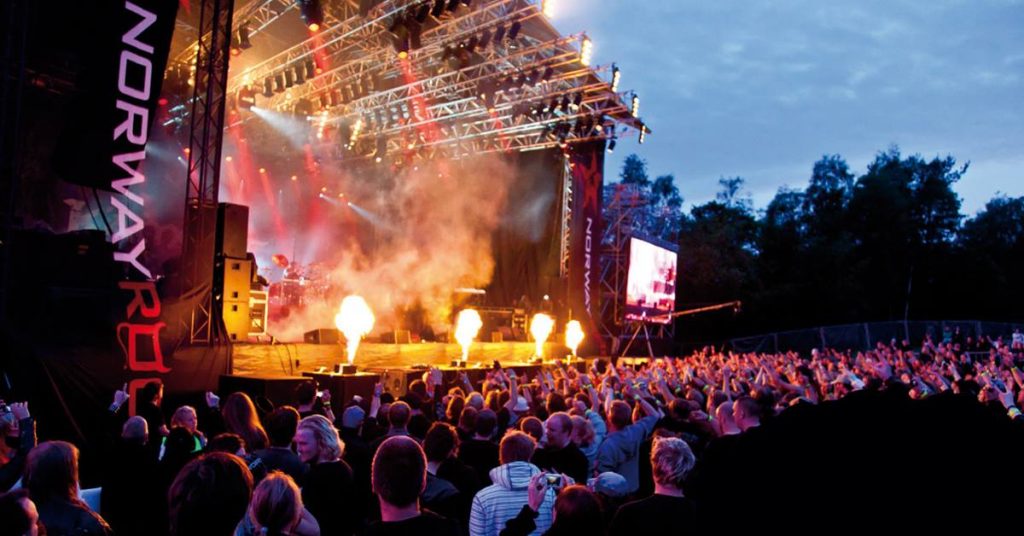 Various types of music are played at this event in Flekkefjord. The name means: mountain park festival. Web: Fjellparfestivalen 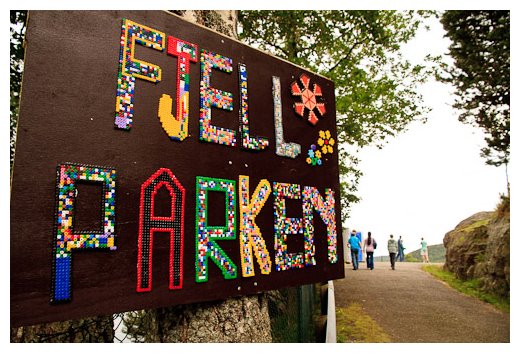 7: American Festival in Farsund and Kvinesdal

There is a strong relationship between the Norwegian and the Americans. Many emigrated to the USA in search of jobs and many came back with American wives. You will often see old classic American cars in the streets. In June both Farsund and Kvinesdal celebrate this close relationship with festivals which have live music, activities for the kids, tivoli rides etc etc. Farsund even has its very own Elvis impersonator called “Kjell Elvis”. He is a big hit for the ladies 🙂 Web: American Festival 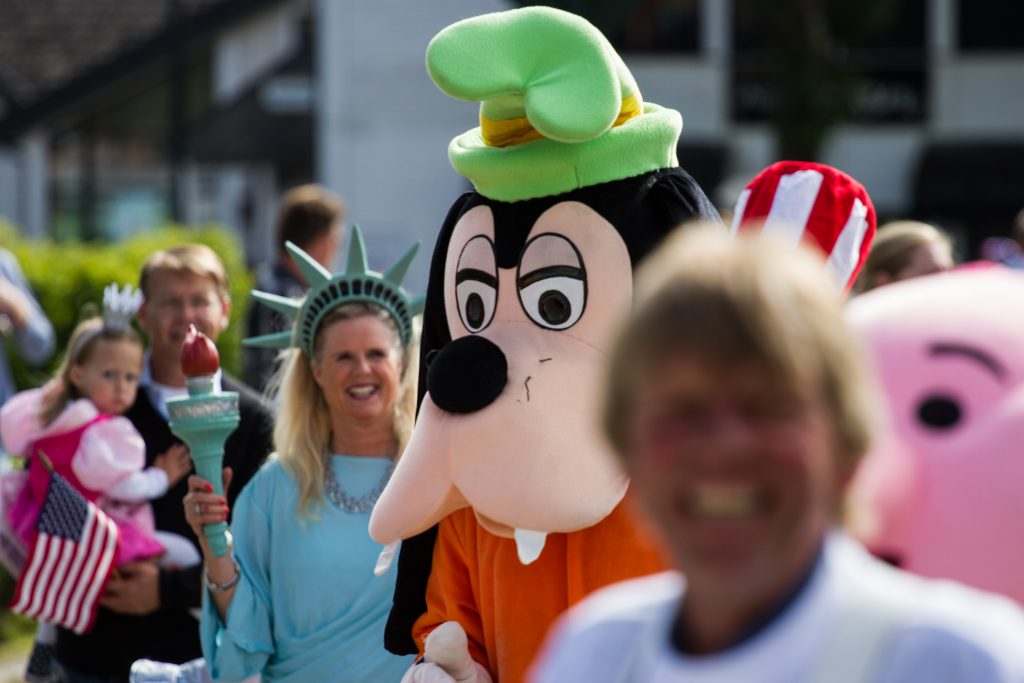 This is a fun day where people voluntarily get coloured powder thrown over them as they run. It is inspired by the Holi festival in India. The colour festival is a truly colourful day out in Grimstad! Web: Grimstad Colour Festival 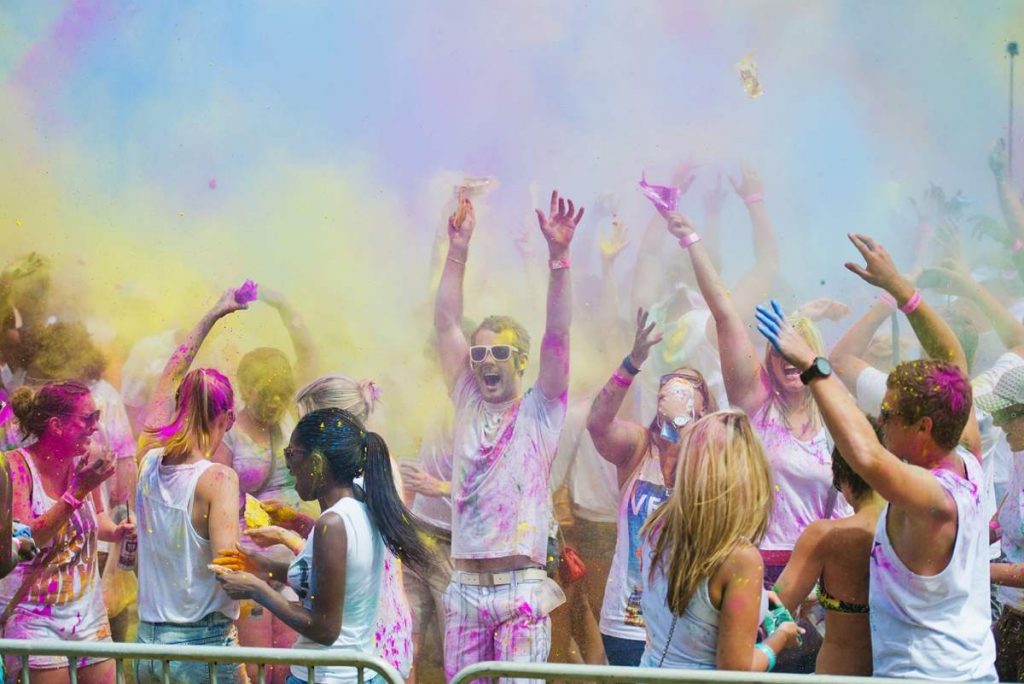 This is a shell fish festival that has been taking place for many years in Mandal. Many different types of local foods, music and activities for the kids. The main streets are closed off in the city centre and there are tens of thousands of people in attendance. Web: Skaldyrfestivalen 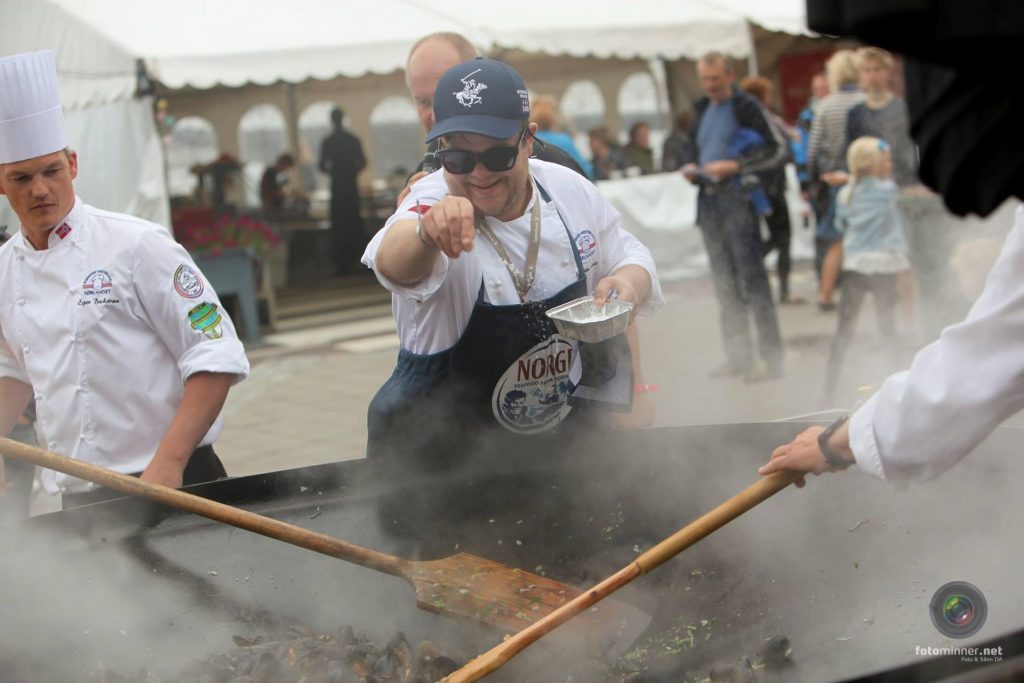 Punkt is a music festival in the city of Kristiansand in the south of Norway. The festival concept is centered around the concept Live Remix. This concept is an extension of how the curators of the festival, Jan Bang and Erik Honoré, have worked with a range of Nordic and international musicians; with live sampling and live electronics, and as record producers and remixers.

11: Sup and Stup in Lillesand (decided to write about one extra event 🙂

Contestants basically jump from a massive platform into the water doing flips and tricks on the way down. The water is full of people on their boats and crowds of people. This tiny little coastal town, Lillesand, really comes alive during this event which takes place in later July each year. Web: Sup & stup 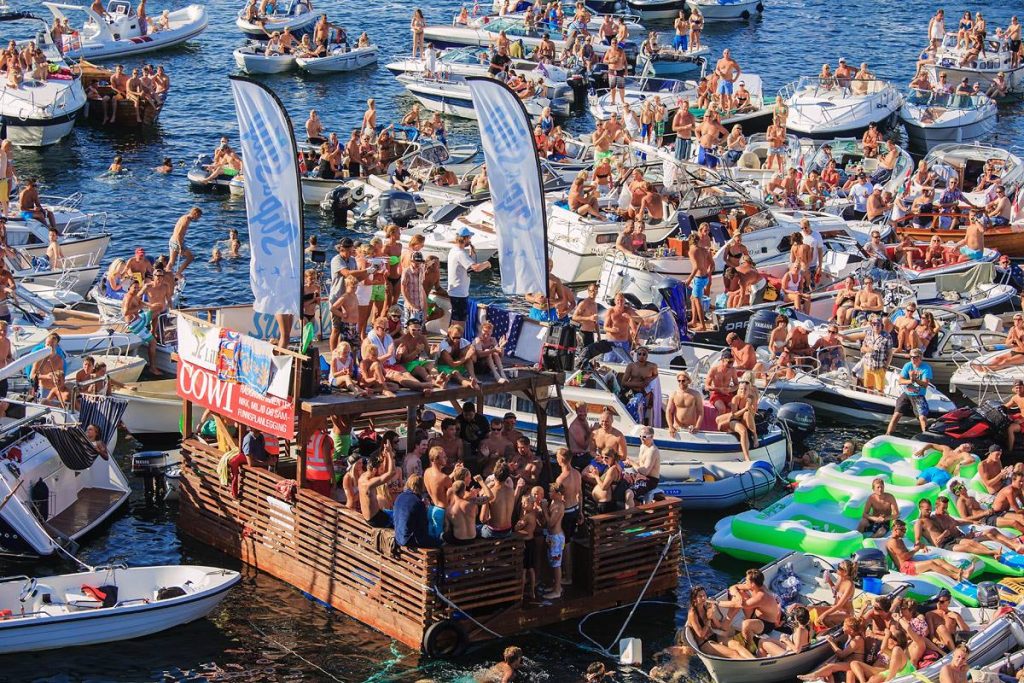 Like I said, these are only a few of the hundreds of events that takes place in southern Norway every year. As you will see by the dates of the above events, these takes place in the summer months, but there are things to do all year here in the south. Here are some helpful links:

All pictures not credited were taken by me 🙂